In 1962, Indian National Committee for Space Research (INCOSPAR) was formed by Department of Atomic Energy with Dr. Vikram Sarabhai as Chairman to organize national space programme.
The village of Thumba near Trivandrum in Kerala which is on the magnetic equator was selected to establish the sounding rocket station called Thumba Equatorial Rocket Launching Station (TERLS).
The first rocket launch from Thumba was on November, 21, 1963 which carried a 20 Kg payload to a height of 200Km altitude utilizing American Nike-Apache rocket and this was followed by French Centaur rockets for lower and middle atmospheric research. 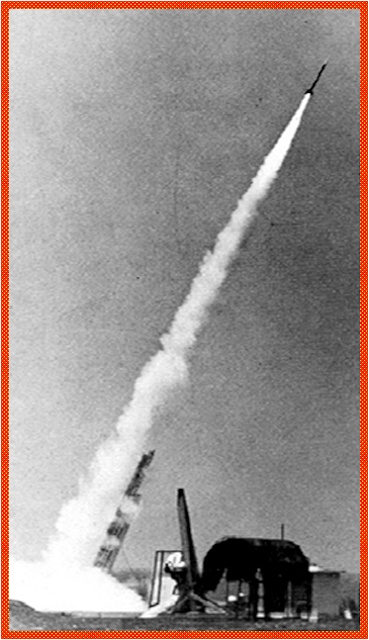 Nike-Apache - The First sounding rocket launched from Thumba
In 1965 Space Science & Technology Centre (SSTC) was established at Veli near Thumba.
The Indian Space Research Organization (ISRO) was formally constituted during 1969 to pursue development of Space research in the country.
In 1970 launching of metrological sounding rockets (M100) were initiated from Thumba. This was done with the collaboration of  USSR and there  sounding rockets were fired regularly, and this the programme continued for many years.